We Awaken in Christ’s Body 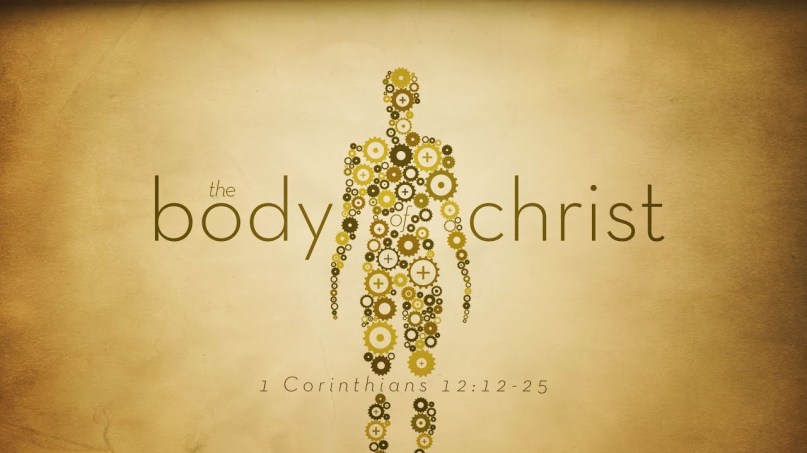 Astonishing as the assertion is that through the mystery of God’s grace we absolutely, as Saint Paul writes, “put on Christ”—that is, we adopt his holy person even as he adopts our bodily humanity—it is something we generally affirm, despite the fact that most of us seldom think of it, and despite the fact that, oblivious as cattle, we mostly squander this appalling gift.

Scott Cairns in “The End of Suffering.”

In his essay, Cairns includes this prayer from the 10th Century by St. Simeon,

We awaken in Christ’s body, even as Christ
awakens our languishing bodies. And look!
My poor hand is Christ, the very hand of Christ.
And look! He enters my foot, and becomes
without conclusion, me. I reach out my hand and, full
of wonder, my hand becomes Christ, becomes
all of him—for he remains indivisibly whole,
without separation from his eternal holiness.
I take one step, my foot advancing, and look!
He is revealed as a flash of lightning, there
proceeding with my lowly foot.

Do you think I blaspheme? Then open
your heart to him, and receive the one who is ever
opening to you, and opening ever so deeply.
If we love him as we say, we wake up
in his body, even here, where our own bodies, entire,
every lash and atom, the honored and the dishonored,
are realized as his, are realized as him. And look!
He makes us—at long last—utterly real, and everything
that is hurt, all that has appeared to us as dark, as broken,
diseased, shameful, ugly, irreparably torn
is in him transfigured, and is revealed as whole,
lovely, illumined with and by and in his light.
And look, we rise from our long sleep, bearing the beloved
with our every step.

This prayer of Saint Simeon was included in the keynote address delivered by Scott Cairns at Image’s Glen Workshop in Santa Fe, New Mexico, in the summer of 2006. The event theme was “Love and Affliction: Art and the Paradox of Suffering.” Cairn wrote in his essay, “The End of Suffering“:

… I experienced, at long last, that “the body of Christ” is far more than a figure of speech; it is an appalling mystery, uniting us beyond our knowing with an even greater mystery, the perichoresis, the circling dance of the Holy Trinity.

Of course, I don’t expect to comprehend, much less to explain, that particular mystery—one holy essence whose mystery is expressed in relational, interpersonal terms—but I hope to share with you something of what I glimpsed among the monks, something of what I have gleaned from their written tradition, and something of what I acquired as my own along the way. Ideally, I hope also to suggest how a greater awareness of the mystical body of Christ might assist in our apprehension of suffering’s purpose, and its end.

As I enter the third third of life, I am becoming aware of the role of elders today “to enlarge spiritual vision, being devoted to prayer, living in the face of death, as a living curriculum of the Christian life” (Dr. James M. Houston). I am a life long and life wide learner who seeks to: *decipher the enigma of our worth *rescue from the agony of prayerlessness *integrate spiritual friendship.
View all posts by R.H. (Rusty) Foerger →
This entry was posted in Prayers and tagged Bearing the beloved with every step, Saint Simeon, Scott Cairns, The body of Christ, The End of Suffering, We awaken in Christ's body. Bookmark the permalink.